[dropcaps]T[/dropcaps]he history of the automobile Sport Cars began in the late 50s.
The Sport Cars is born from experience on the field. Walter Giusti began his experience in 1956. Transfer in 1964 to the “first” Sports Cars, then run by Peter Drogo (Argentine, former driver). Then the Sports Cars were realized even prototypes. Famous was the “Nimbus” built by “Blacks & Bonacini”. The Sport Cars took care of the bodywork.
The early history of the Sports Cars of Modena is very articulated. They left Marchesini Lino, former Scaglietti bodywork, that made a company with Piero Drogo. Then joined Mario Allegretti, former Maserati (already own with Gentilini) and Othello Benedetti (former Ferrari). So a terrific experience mixing different brands was the basis of initial success and development of the Carrozzeria Sports Cars.

The famous Nimbus realized by Sport cars. Often in those years, the Sports Cars realized bodywork for emblazoned Brands Modena and this climate of cooperation has remained until today when Walter Giusti has joined his son James, who with great passion has collected a working heritage and skills that otherwise would be lost in the future.

The formal foundation is dated 1961. The body was in Via Jacopo Barozzi. Then we find in front of the Autodromo di Modena in the period when he worked on several fronts. Wealthy loyal customers, former pilots, the houses like Maserati, Ferrari were the Drogo interlocutors, Benedetti, Marchesini and Allegretti.

Many for Ferrari and Maserati, a design of the designers of the big brands and the same number of indications of private clients who often wanted to customize cars to their properties with modifications or revisions of the original style.

Each with their own skills development contributed to the international fame also the Sports Cars where they worked creating the necessary “filon” ie iron mannequins on which fought the sheet metal bodywork of the famous second hand procedures that made the legendary ‘ Modena crafts. Today the mannequins would be called “wire frame” and are those structures finite element we see in modern computers. So a craft with recognized manufacturing methods available today. Break down the body into subparts “wire frame”, then to work in practice, today virtually calculate. Wonder that a craft intuition is the basis of the progress of today’s automobile. The Sport Cars realized throughout its history prototypes of various shapes.

Today Sport Cars is an evolved body, rich in this experience that has remained and has been perpetuated in Walter Giusti and son Giacomo. They carry on a legacy of history values ​​and skills that are a heritage of the entire city of Modena. 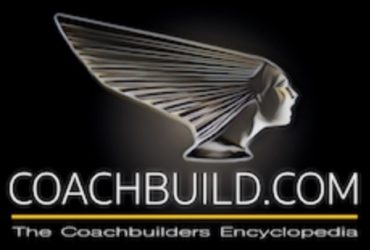 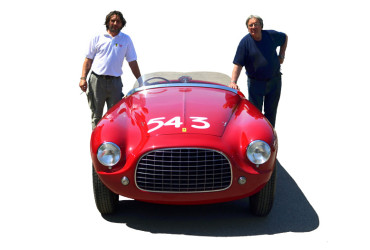 Made with by Officina Creativa